I’d expand the drone to be modular. I gave it magnetic grabber arms and made a garage module to store it, with an internal airlock and a rotating stand. The concept was: rather than the drone bringing back ‘ore’ in an ore tube, it would bring back scrap metal, you’d compact it, and it would be processed for resources.

Honestly, this mechanic already felt overly complex. The number of steps needed to make progress would have been tedious. I didn’t really have a game to test yet, so it was hard to really see that. I tended towards getting investing in the models before the gameplay and then moving on before solving that issue.

I thought that if I liked the visuals it would inspire me to make it work. Sometimes this was helpful, but often I had to deal with art assets designed prior to a number of core features, that either had to be remade or, let go. 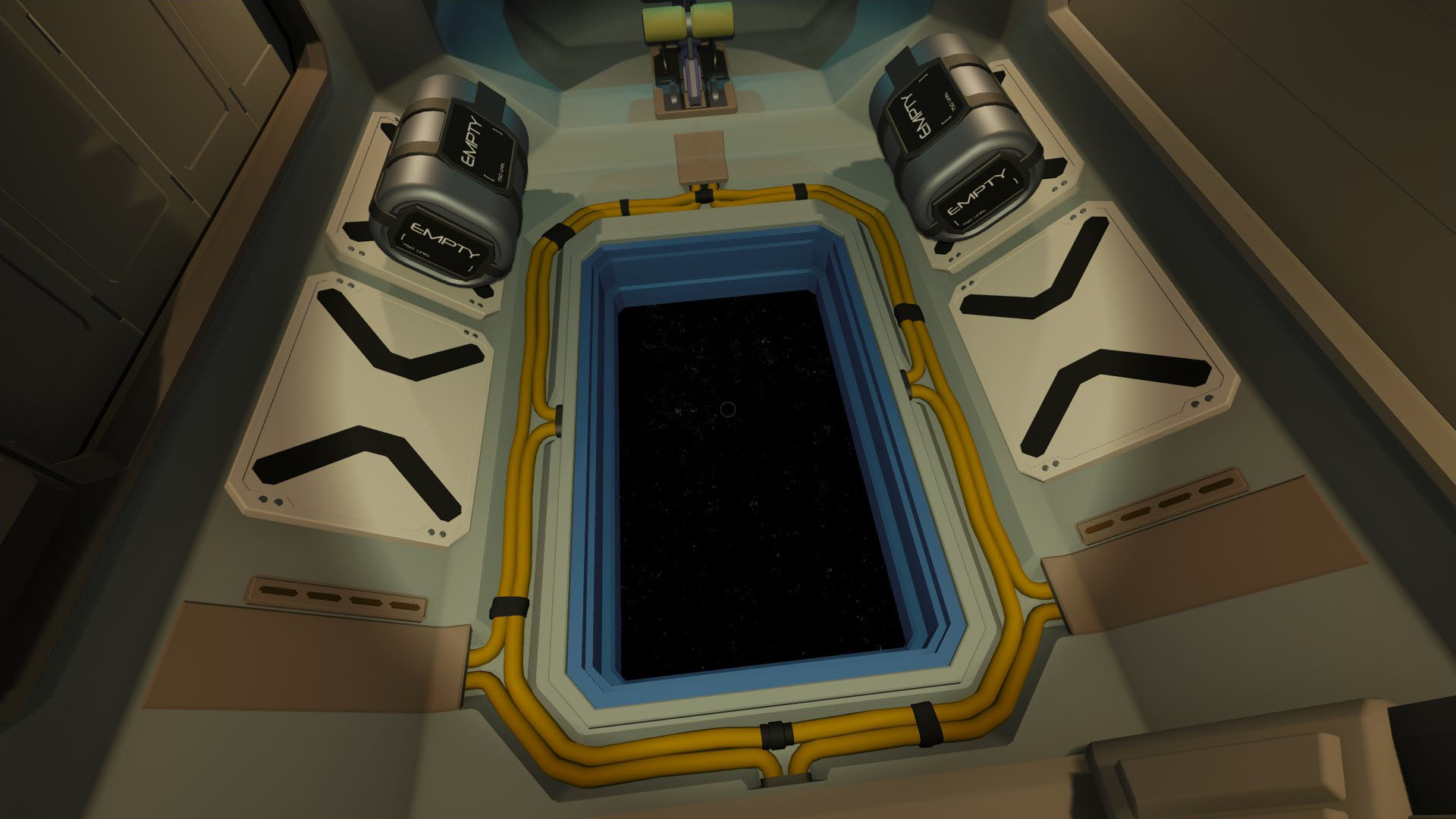 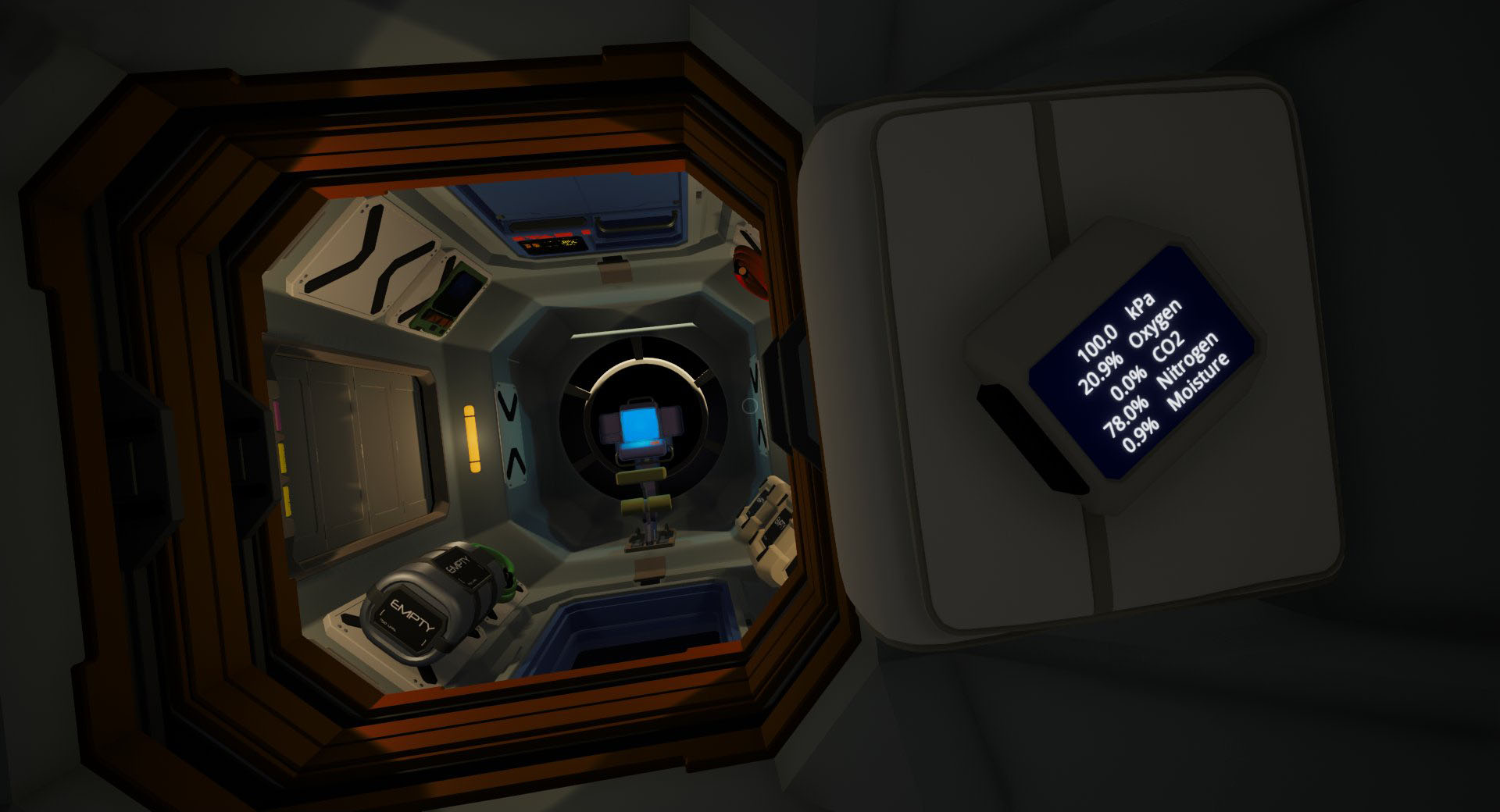 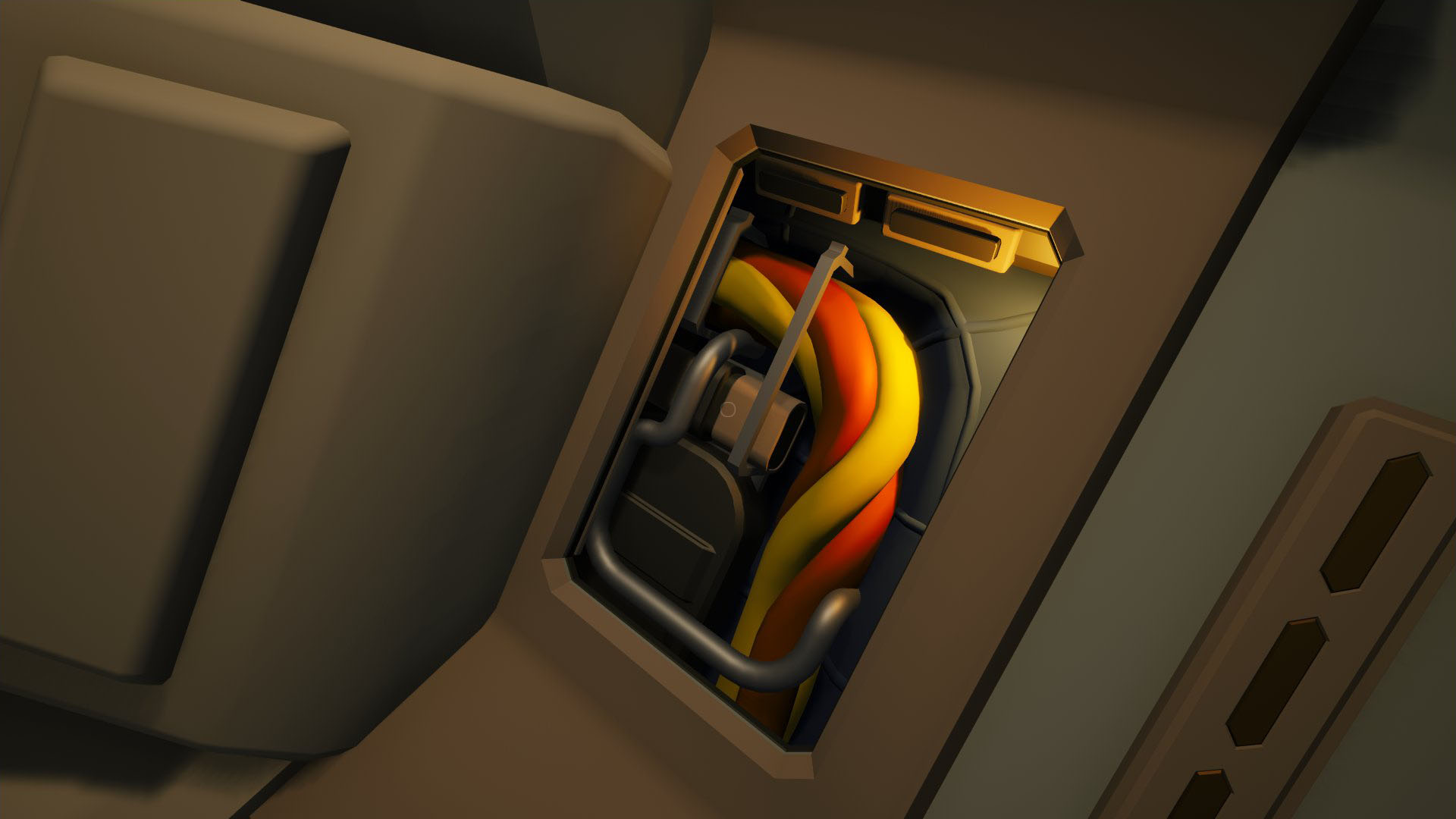 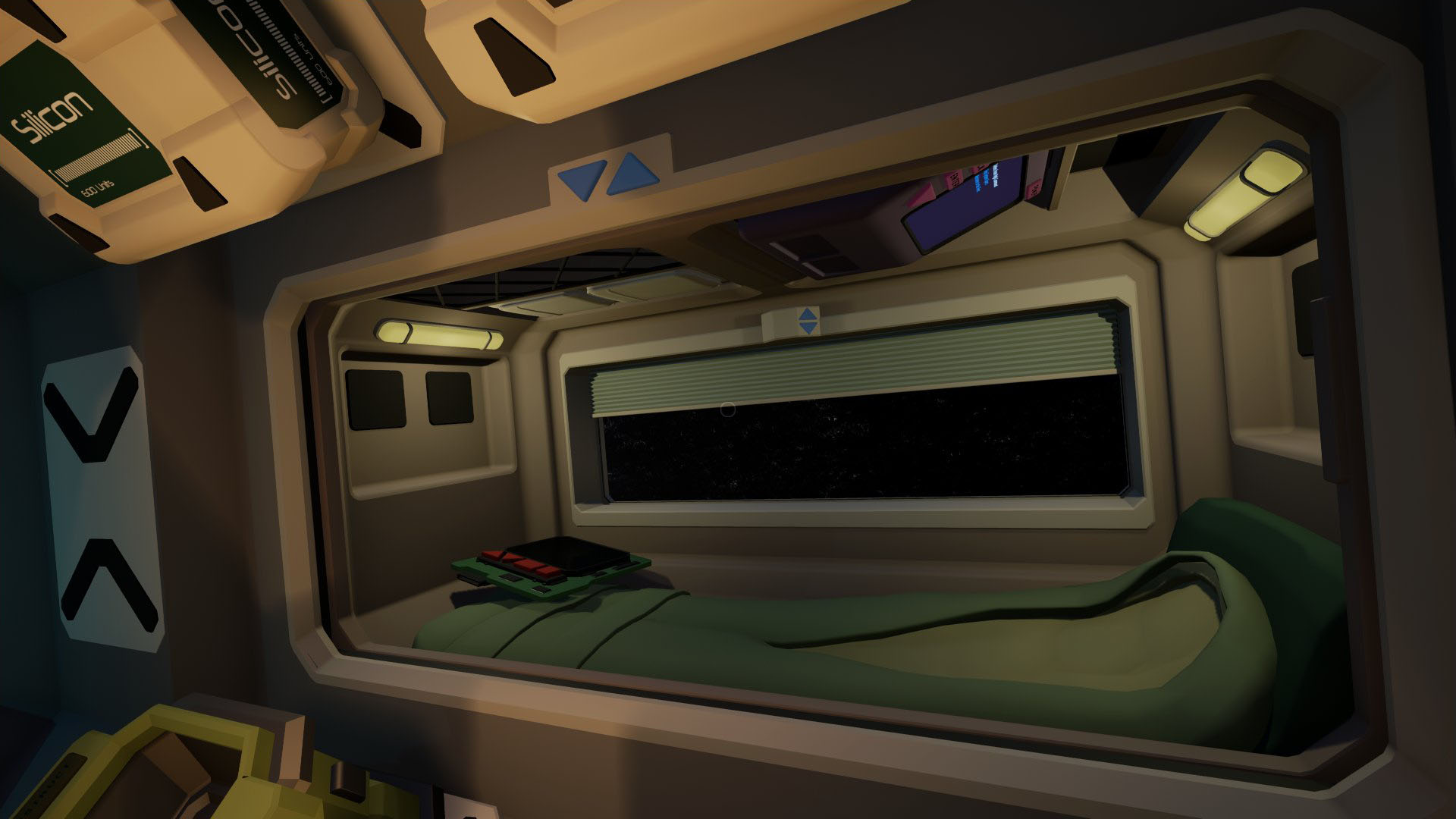 So, I can tell you exactly where the project really started going off the rails.

I tried to put a camera on the drones, so I could see what they were doing when they were away.

Look, it’s an engaging concept, but it causes so many issues with scope, and scope will only cascade outwards. I didn’t know how to properly evaluate an idea’s feasibility, and my success thus far was making me over-confident. I should have kept refining what I had before I tried any new features.

So what are the problems with putting a camera on a drone?

Well, before I did that, the places the drones were going weren’t real. I didn’t need to make them. For some reason I thought I’d make physical asteroids anyway, soooo… I should add a camera so I can get a closer look. Now I had to make all of that content.

If you can help it, never pass up the chance to not show something. Let them imagine. You’ll save yourself a lot of headaches, time, and money. Just don’t show it.

I stopped focusing on the drones at this point in development. I always intended to bring back more of those, but I never got around to it. A great deal of content stopped functioning as I worked towards completing the other features I wanted.

My excuse for adding all these features was that I believed they all needed to be present for the game to function. I wanted fidelity of vision, and I didn’t want to settle for less than the whole concept. I know. It’s a mistake I continue to make.

It wasn’t long after this that the player station was scrapped in favor of a personal ship. Why construct a station, when you can scavenge components from derelicts? This was both closer to the desired concept and further from achievable. 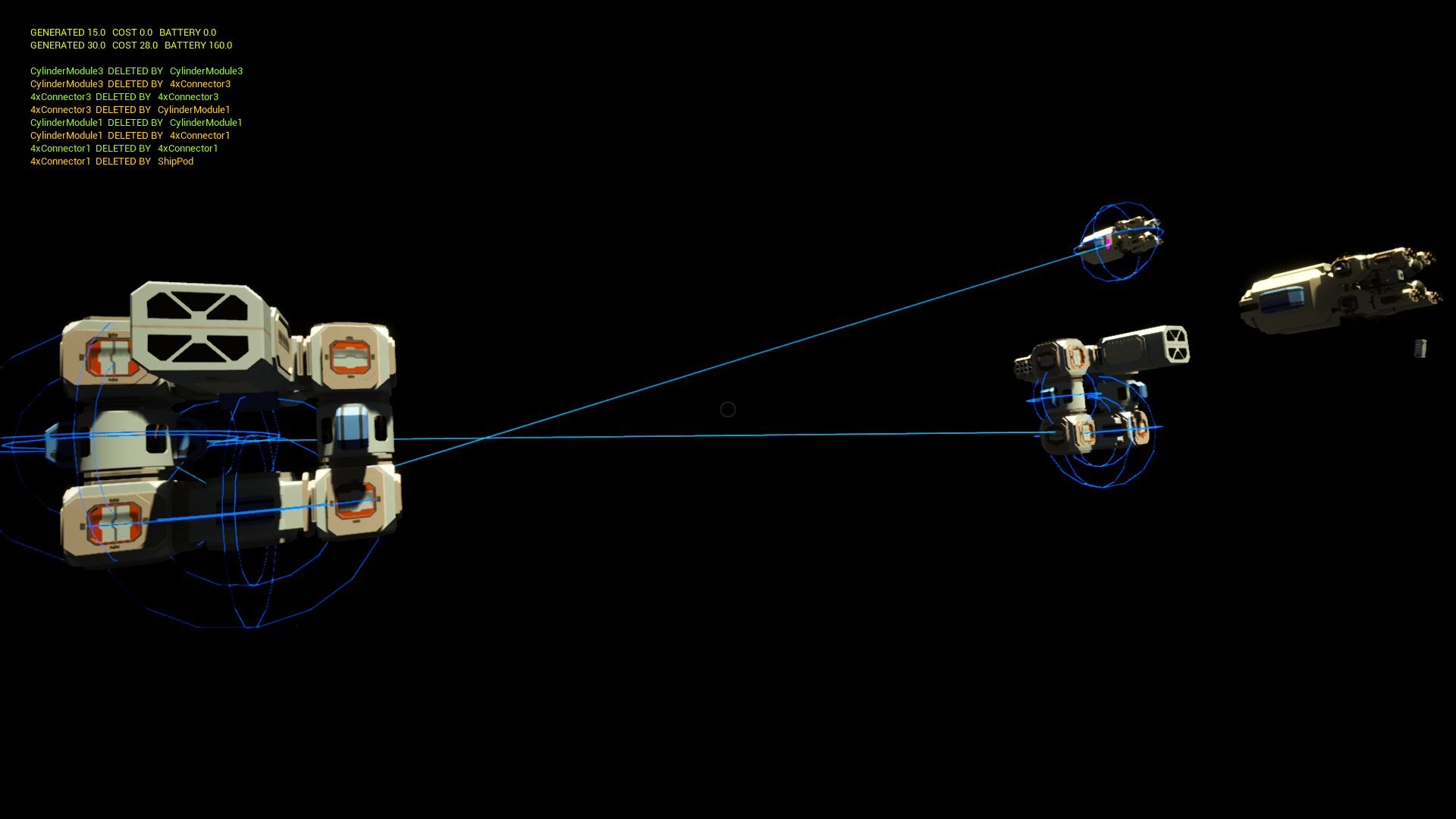 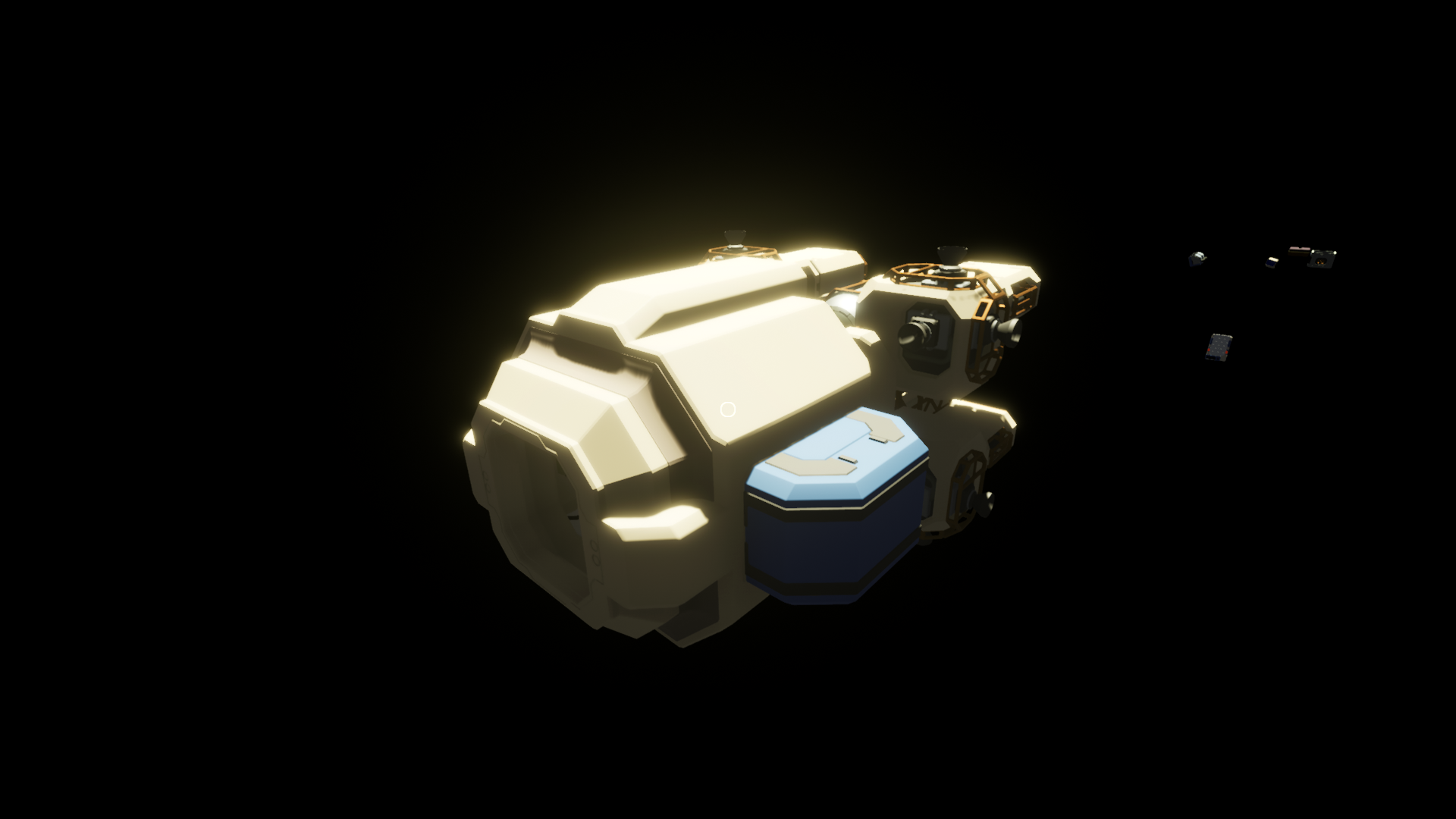