The issue with controls

Likely the main problem, the biggest stake in the heart that ended this project, was the limitations of mouse/keyboard controls vs. VR controllers.

I should add, this took a long time to become apparent to me. I needed to have more reasons to be picking up and moving items around in an organized way (not just flinging things). Over time however, I couldn’t shake the feeling that it wasn’t working.

So here’s the issue: VR has: independent camera, and two independent hands that you can extend around you and visualize in the process. Mouse and keyboard has: One hand (more of a trash grabber) and one camera. The and and the camera are also locked together. You have no independent control over the hand. It’s either on or off. Holding or not holding. Gradual state change was possible, but the more realistic it looks, the slower it feels.

Additionally: Physics does not play nice if toggled while overlapping, and I’d made the placement mechanics both toggle, and rapidly shifted an object into place. Things will get pushed through walls. You. Your valuable items. Key plot devices. It didn’t go well.

Vompounding that, I wanted things to have subcomponents. So the management of when and how something had physics and collisions lead to a number or recurring bugs. Multiple times, the subcomponents would trigger physics ‘hits’ in its own parent, and cause it to spin wildly. Not fun.

Why did I cancel Remote Orbit?

Simply put? I got stuck, and burnt out. It wasn’t an easy choice, and despite fully moving on to other things I never gave it time to properly put it to rest. So I’m doing it now. 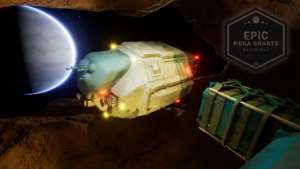 In late 2019 I got a grant that could have potentially funded the project for 9 to 12 months. It was a significant change to my situation. I had a job that was making me miserable, and barely paid anything. Meanwhile, off in the background covid-19 was threatening to do what it eventually did. I was pretty sure it was a matter of time before I would catch it, if I’d stayed in that job. So I left.

It’s worth acknowledging how lucky I was to be able to do that when I was. The timing was extremely unlikely, and I do often consider how different things might have turned out for me.

My intention was to work on Remote Orbit full-time, but after a month I had made almost no progress, and had to come to terms with an important reality:

The grant bought me time, but it still wasn’t enough to ship a functional game.

I was in over my head. The problems were getting harder, and I couldn’t find solutions anymore. I knew I couldn’t even get close to shipping something in that timeframe.

Knowing I had an opportunity that I wouldn’t get again, I didn’t believe it would be the right choice to continue to struggle on a project that was fundamentally flawed. That’s the long and short of it.

It’s often very hard to see the big flaws when you’re stuck in the details. It’s also hard to know when to give up on something, especially when you don’t have the time to start over.

This is why it’s always important to show your work to other people. Not everyone is going to be critical. Not everyone will want to hurt your feelings. You have to ask the right people. Someone with an opinion on the subject and, ideally, experience.

What would I do differently if I tried again?

I definitely wouldn’t try to make a procedurally generated world. An interactive world on this scale is hard enough. Best to intentionally author every space. I would make one large space station that had various areas that couldn’t be unlocked without completing storyline progression. This would be tied into the core concept of deconstruction, salvage, repair. I could focus on environmental storytelling to reinforce the themes of isolation, and keep myself from having to make characters.

I would R&D my features longer before committing to any art direction. Concepts like the conduits could have really been interesting if I had worked out more of it from the beginning.

If I really need to have atmosphere, power, water, pressure, and heat management, I need to make that extremely efficient and effectively unbreakable.

Most of these features need an independent prototype and a comprehensive stress test before they’re ever combined with the existing features. By the time I stopped working on RO, the frame rate was extremely bad, and I had more or less become blind to it. It’s really hard to properly debug and improve a system when it’s a chaotic mess of poorly maintained code.

The reality is you can’t make a complex system be simple. That’s why it’s complex. I didn’t have the time, skill, or budget, for what I wanted to make.

I wouldn’t try zero-gravity. It’s an amazing concept, but I never wanted to make a VR game, and the concept of exploring a zero-gravity environment really only works well with VR and hand controls. Like, fundamentally. At best you can kind of do it, but it won’t be nearly as good, and you’ll know it.

It’s chaotic at the best of times. I would be extremely careful when adding any physics based mechanics. The conditions in which they exist should be highly contained, and preferably non-critical to progression.

Even if it’s just a limited inventory that is only applied to some smaller items. Not having an inventory was a huge issue that would have made for a miserable experience.

At least one. It didn’t have to be the player character, but I needed something with a face on it. It’s really hard to make good box art/trailer without some kind of character. Even if it was a cute robot sidekick (or a cat), I needed something to draw people in.

I’m the very worst at this, but if I could find a way, I’d consolidate an idea down into one feature and just make a game around that. Such as the computer terminals, the farming, or the drone management. really focus on one thing and nothing else. If I can get a standalone feature to feel really good, that can be a game. It doesn’t even need a story. It doesn’t need characters. It needs to get finished.

Multiple times I’d scribbled a single word in a notebook, as if that was a fully formed idea, and went right back to making space stations.

I needed to make a really solid plan, and I needed to test it out in code and gray boxes before I got to the art. The problem is, I’m an artist. Most of what I did served the art in some way. I’m not sure there was much of a game in there if you really looked.

Initially I tried to stay simple. I made really basic looking models. No textures, just solid colors. Nothing crazy. Pretty quickly that just became ‘the style’, and I started adding more and more complex meshes.

The issue isn’t that the models weren’t easy to make, it’s that once they were made they constantly needed modifications, and additions, to update them to the current mechanics.

Do I regret trying to make Remote Orbit?

This is complicated, because for a long time I did. I lost time, and money, and a fair bit of my sanity trying to make something I could support myself with. That never worked out quite as planned, but the things I learned helped me get where I wanted to go, in a different way.

I think, looking back on the progress I made, and ideas I worked through, I can see how much I learned from it. It was rough for a while, but these were incremental steps toward something better.

Ideas do not manifest willingly. They take a great deal of effort and personal cost. I wanted to make this idea a reality, and I couldn’t do it. But I got really far. I’m so proud of that.

Thank you for reading. I hope this was as interesting to you, as it was for me. Even though it isn’t what it might have been. 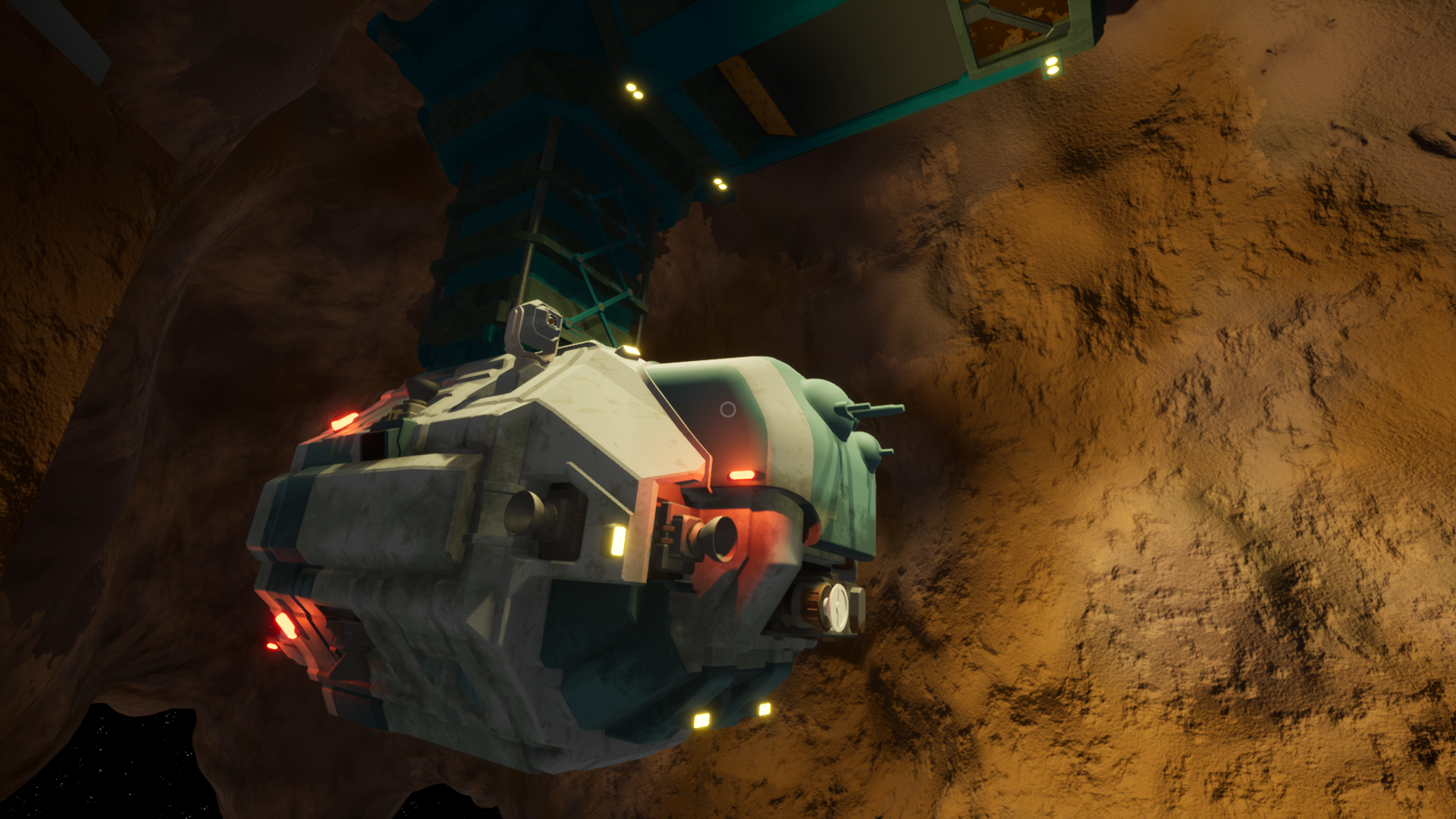