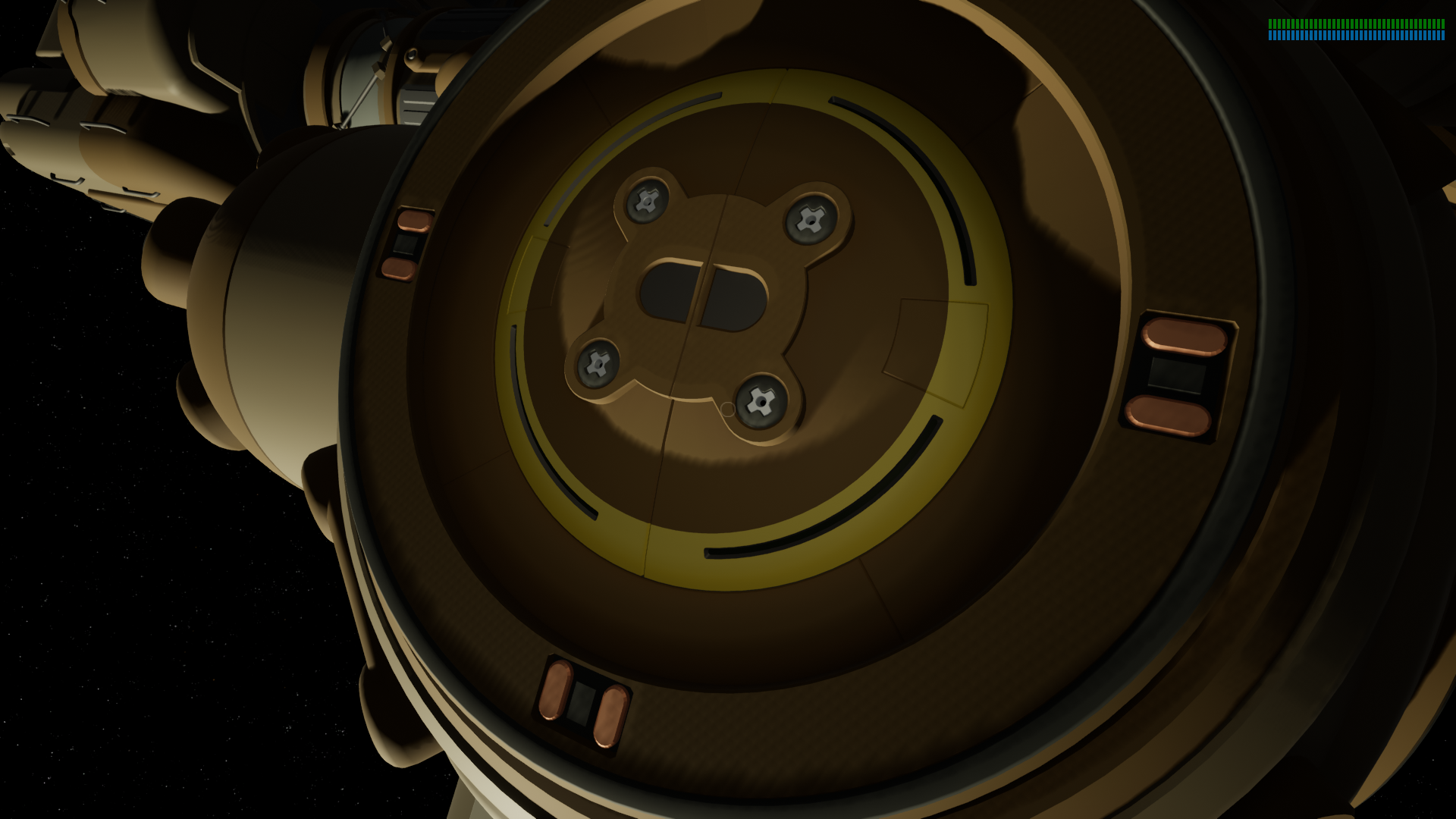 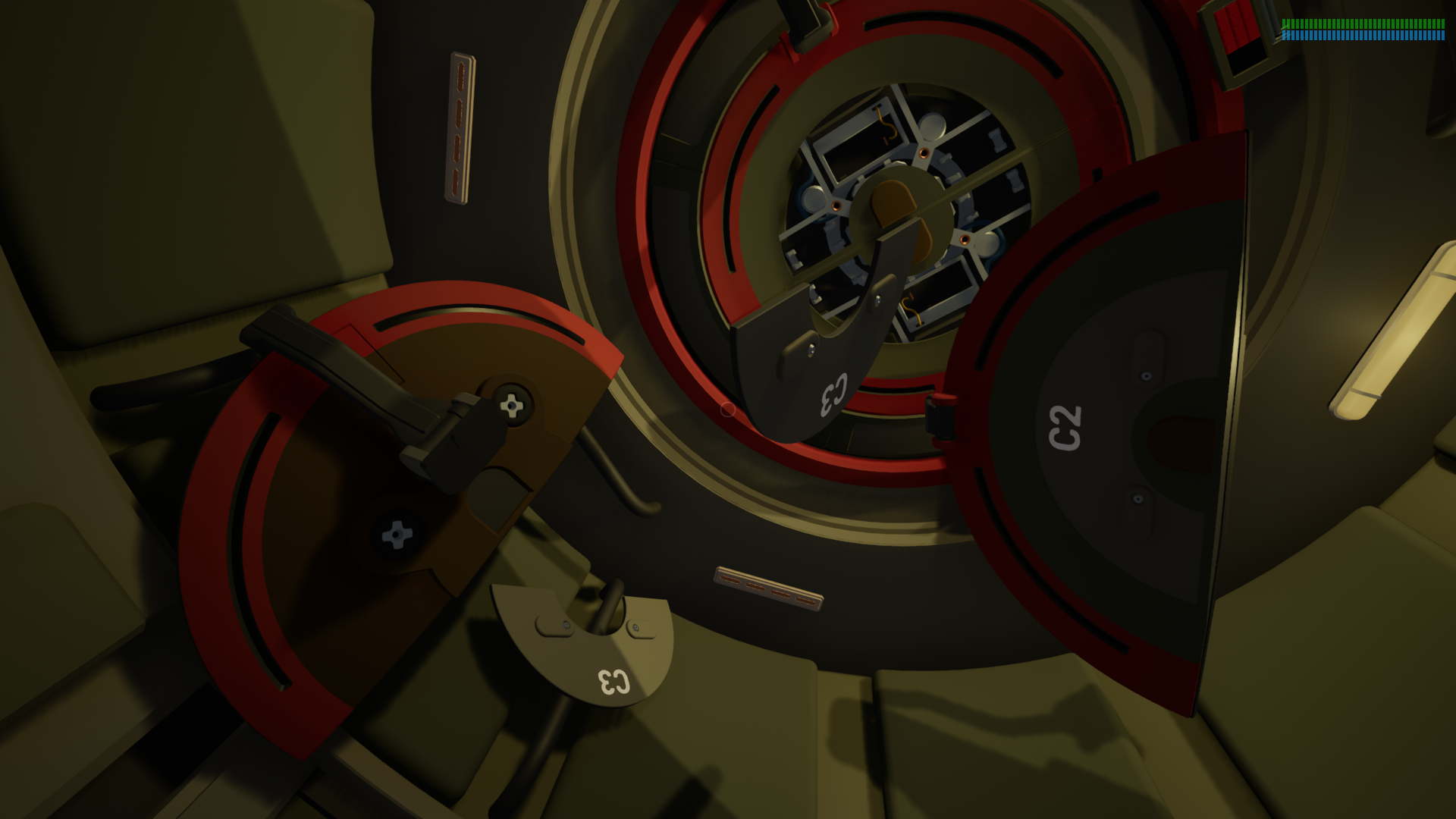 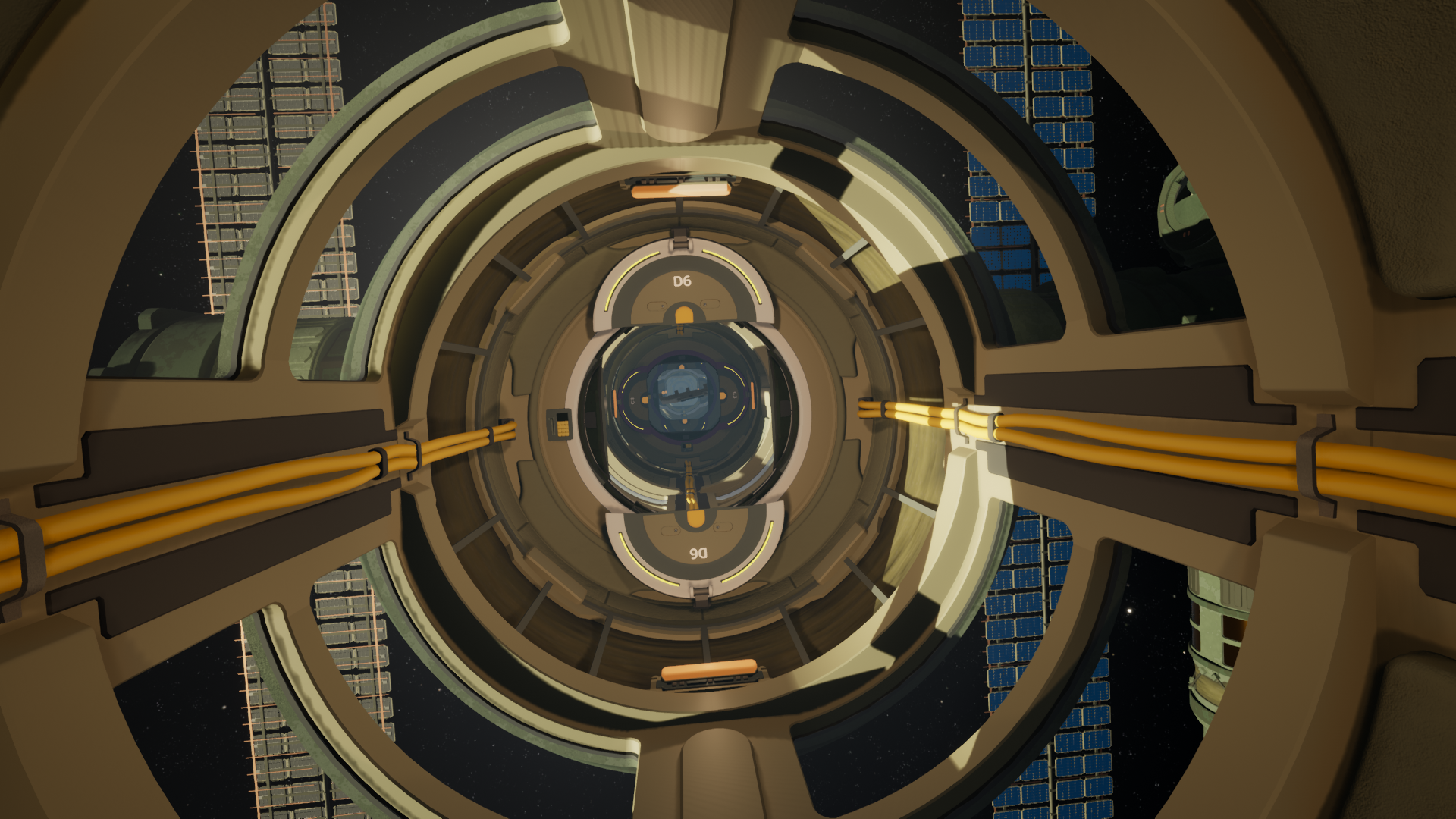 This was roughly when I noticed that doors can punch items (and the player) clear through walls. They were moving objects, with collision volumes, so they collided with physics objects, but couldn’t be pushed back by them. The result was remarkably similar to crushing household items with a hydraulic press.

Eventually, I ended up designing the doors to run a thin boxtrace in their path as they moved, and if they encountered something, they would return to their previous state. Most of the time this worked, but ever so often the reverse path would catch something. It was a fixable problem, and low on my priorities.

I had given them a number of indicator lights for various situations. Unpowered, locked, broken, depressurized, and so forth. I never did get around to keys (What happens if you spawn the key behind the door? Could happen. It’s all random), but I did eventually get them to run on power. 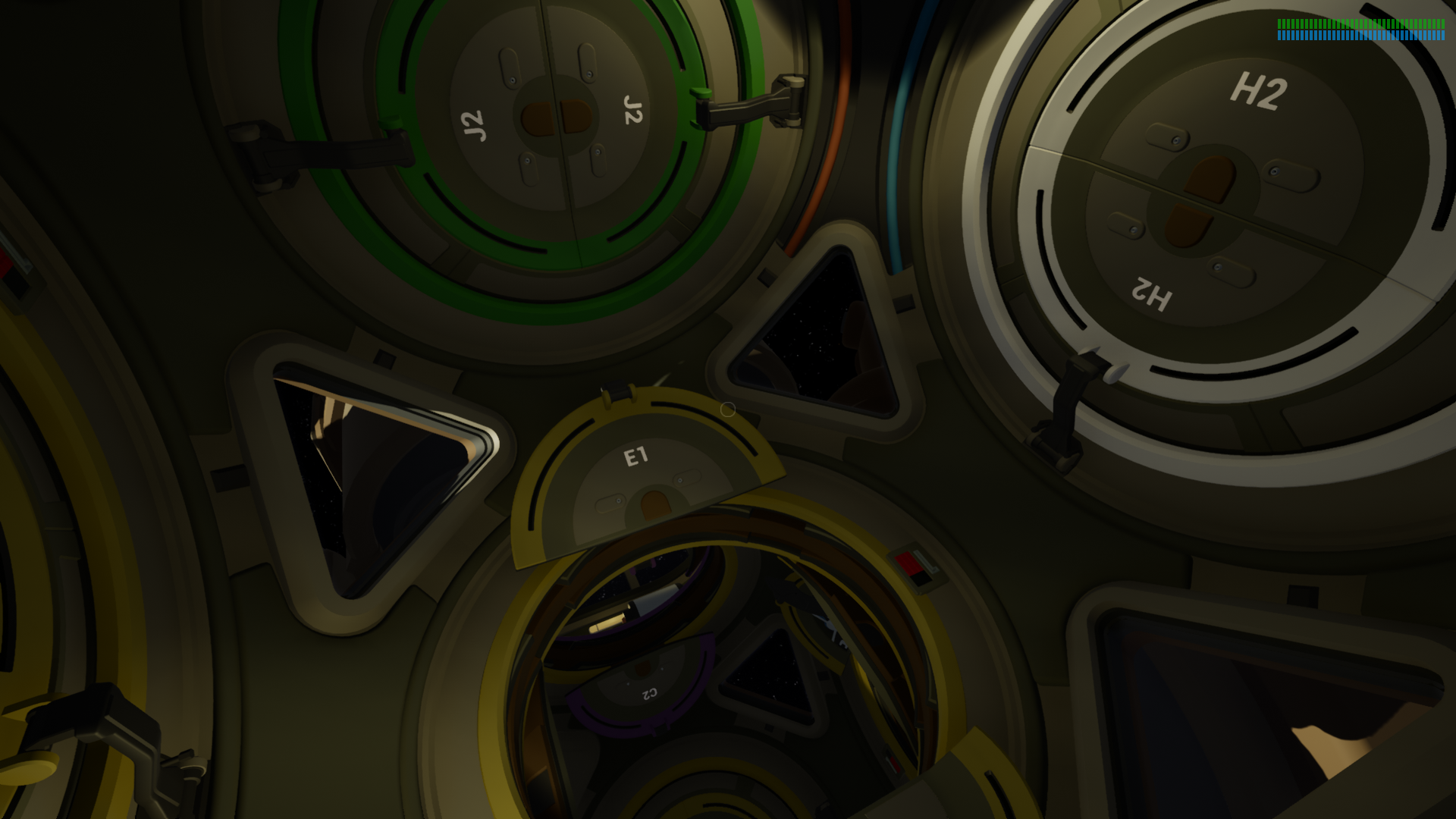 I figured it was easy to get lost and turned around, so I had it swap an accent color and label when it generated a branch. It kinda helped.

For a time they had a panel on each door, and required 3 internal components to be installed and in working order (on each door of a door set), or the door didn’t move. I quickly ran into an issue where I would dock at a new station, and the door wouldn’t open. So I installed a release lever on the exterior (under a panel).

Eventually I got rid of the three components design, because it felt repetitive, and not a real barrier. It mainly meant that you would leave doors open behind you, and steal their working components to repair the ones in front. It wasn’t quite what I had in mind. They were small too, hard to pick up when you wanted to, but in front of you often enough that it was easy to accidentally pull them out if the panel was off (Same problem with the panel).

A lot of this is not new content, but I was trying to pitch this as a whole concept at this point, and that meant including as much as possible of the good things.

I’d been trying to make a relatively bug-free proof of concept. You can see the solar arrays and a number of new UIs. The computer terminals were more or less non-functionless until this point. Now, I had working programs. 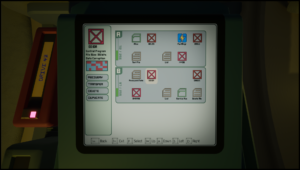 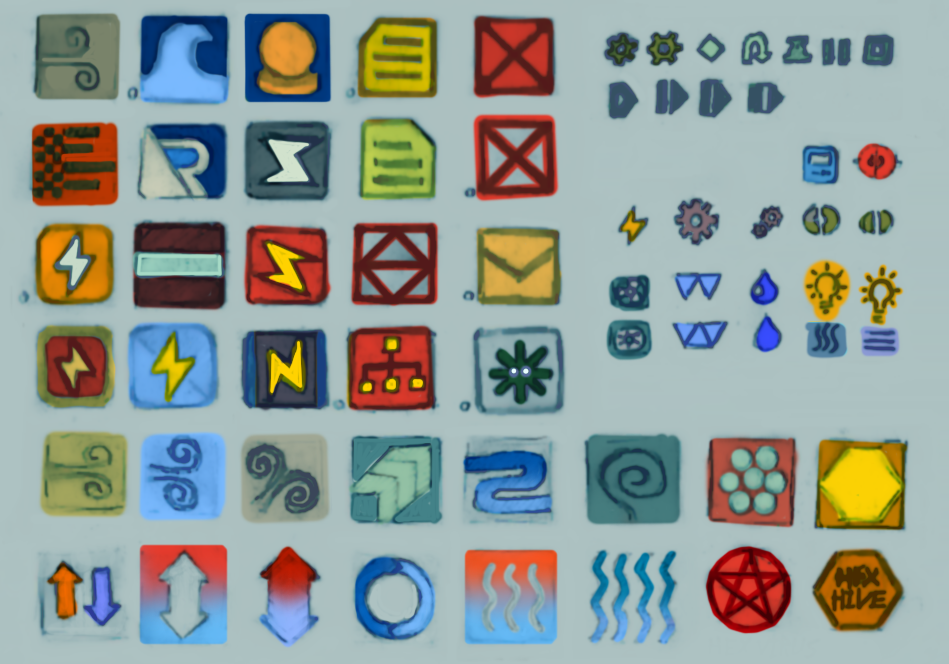 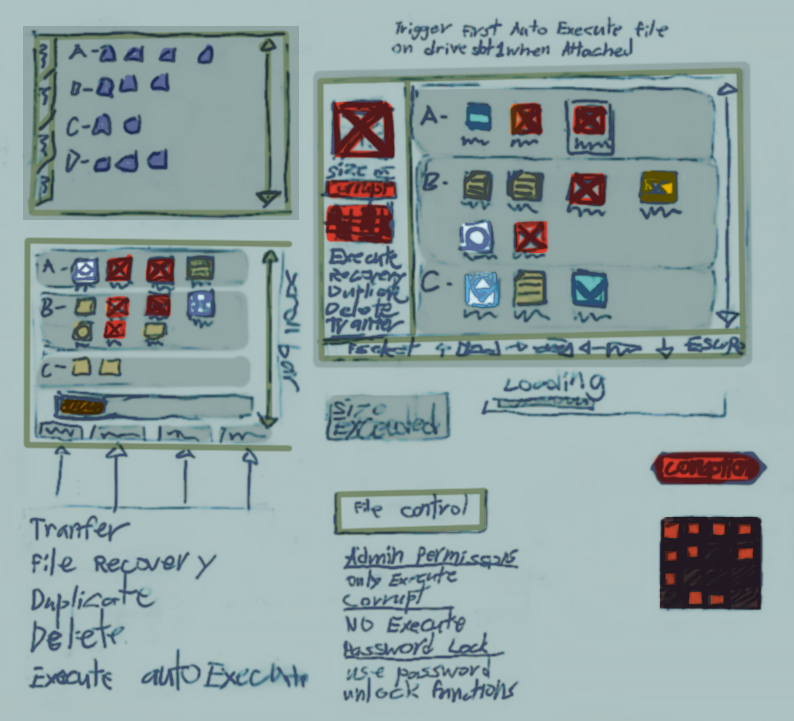 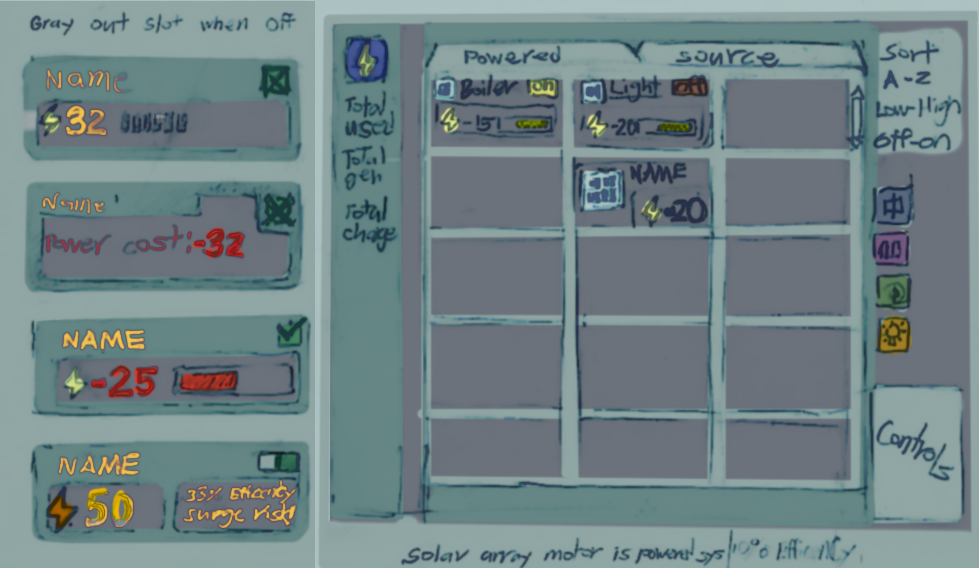 The computers were one of the best features. I really liked them, though I will admit it was a scope issue, and needed more time baking. It hit at the core of what I wanted the game to be though. A fiddly little system of repurposing, and repairing found resources.

It was designed so that each terminal frame could spawn with a screen/interface and randomized hard drives containing randomized files. The files were mostly corrupted ‘filler’ files meant to take up space, but once in a while you could find a program that was useful. Though I had yet to add all of what I imagined. 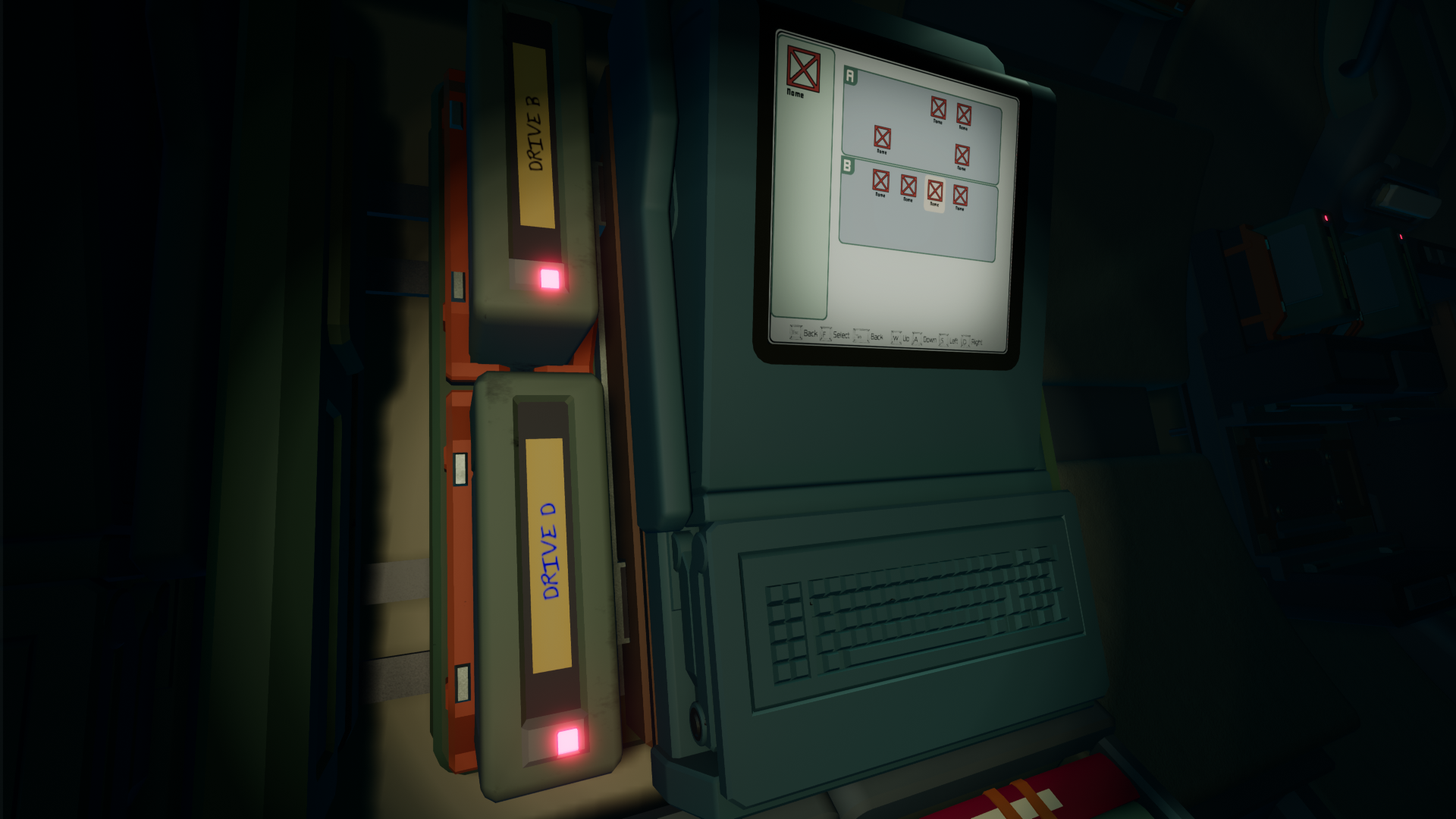 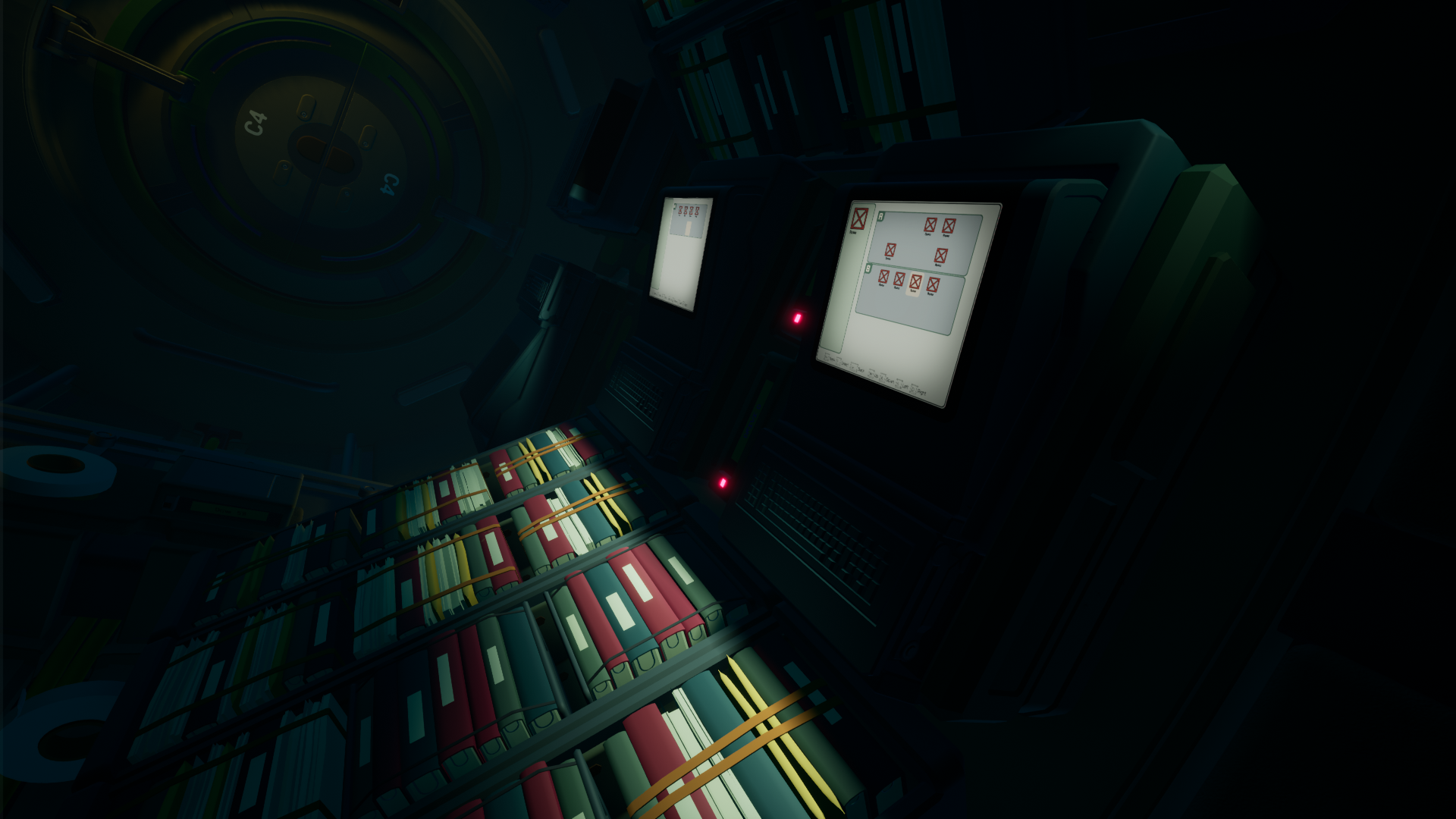 It was far from a complete feature. I hoped I could eventually add things like viruses, consumable hacking programs, a note taking program, an atmosphere manager, A door lock/security program, passwords in files, keys that could be uploaded to physical keycards, maybe solitaire.

I was using UI widgets, on a plane, set slapped on the side of the mesh. Last time I looked, this was an experimental feature of unreal, but it was the only way I could get the level of complexity I needed.

I was considering having all computerized objects run on a ‘drive’, that’d be plugged in somewhere, so for example, a trash compactor is found, but has a corrupted program. Pull out the drive, plug it into a terminal. If you have a copy of the uncorrupted file, you can use that to fix the bad file. This would mean that as you progress through the game, you start collecting files and drives to help you advance. But your limited storage forces you to decide which to keep and which to abandon.

I often think this concept could have been its own game, though I’m fairly sure even just that would still be too large for one person.